Keeping Cyclists Safe Is Harder Than Ever 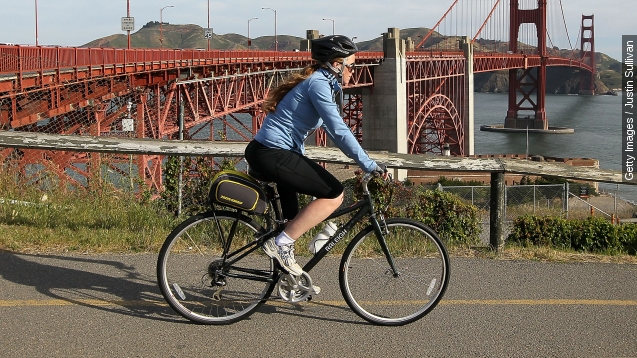 SMS
Keeping Cyclists Safe Is Harder Than Ever
By Evan Thomas
By Evan Thomas
September 2, 2015
Researchers say the reason for the increase in cyclist injuries in the past 15 years isn't rocket science. There are simply more cyclists on the road.
SHOW TRANSCRIPT

We're seeing more bicycle injuries now than we have in the past 15 years, but new dangers on the road probably aren't the reason. It's likely because more of us are riding. (Video via Apreche)

A new study found from 1998 to 2013, hospital visits from bike injuries more than doubled. Riders 45 and older saw the most significant increases.

The lead author cites what's known as the "Lance Armstrong Effect": although the cyclist has since been stripped of his seven Tour de France titles for doping, Armstrong's inspired a lot of people — including a lot of older folks — to get on a bike more often. (Video via Outside Magazine)

The authors say, "These injury trends likely reflect the trends in overall bicycle ridership in the United States in which multiple sources show an increase in ridership in adults older than 45 years."

The researchers did note a couple other contributing factors: riders going faster and more accidents on city streets.

Fixing the first tends to be up to the individual cyclist. We're not all pro descenders. (Video via Bennet Huber)

Though to be fair, the pros sometimes have trouble, too.

Fixing the second — well, it's mostly up to the cyclist to ride safely, especially in traffic, but better infrastructure can also help. One researcher who's studied the increase in cyclist deaths told NPR some cities are stepping up. (Video via Visit El Paso)

"They're slowing down speeds on biking routes, adding protective places for cyclists and using different-colored paint," a researcher told NPR.

Still, Breyer says the first line of defense is still using — and protecting — your head. Ride defensively, use lights on night rides and wear that helmet.