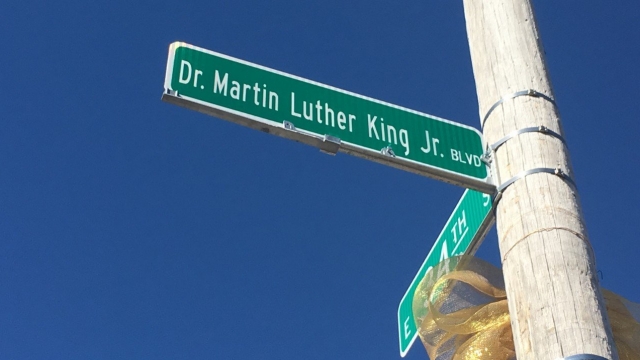 Residents took issue with the fact that Paseo Boulevard was renamed Dr. Martin Luther King Jr. Boulevard without their input.

A historic road in Kansas City, Missouri, will no longer be known as Dr. Martin Luther King Jr. Boulevard.

K.C. residents voted overwhelmingly Tuesday to give the 10-mile thoroughfare back its original name, Paseo Boulevard, less than a year after it was renamed for the civil rights leader. The city's council had approved the name change back in January.

The group Save the Paseo, which led the charge to put the measure on Tuesday's ballot, argued that the Paseo name is an important part of K.C.'s history because it was the city's first boulevard. Paseo supporters said they didn't have an issue with the "King" name, but objected to the city council's decision to waive a rule requiring that two-thirds of the street's residents approve a name change.

Kansas City Mayor Quinton Lucas, who voted in favor of the name change as a councilman, said the "ballot measure should remind all of us in City Hall that the way we do things matters. We must continue to legislate by bringing people together, seeking input from those with different perspectives and working to consensus-build on the issues that matter most to our community."