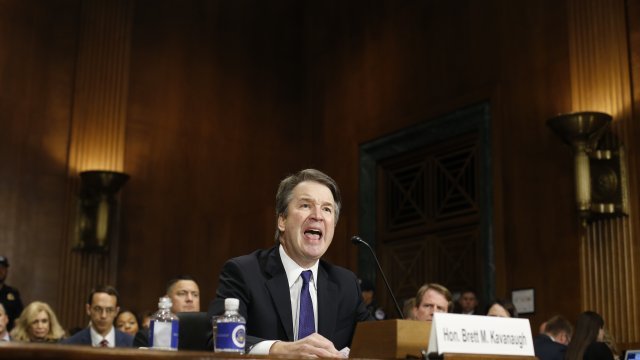 Brett Kavanaugh is adamant: He did not sexually assault Christine Blasey Ford.

"I'm not questioning that Dr. Ford may have been sexually assaulted by some person at some place at some time. But I have never done this to her or to anyone. That's not who I am, and it's not who I was. I am innocent of this charge," he said Thursday.

In his opening statement to the Senate Judiciary Committee, Kavanaugh spoke for about 45 minutes, and he was visibly angry.

"This has destroyed my family and my good name. ... This is a circus. The consequences will extend long past my nomination," he said.

The Supreme Court nominee appeared to do everything he could to deny the allegation. He told the committee he and Ford ran in different social circles at the time she says she was assaulted. He also pointed to calendars he used to keep of his high school activities, saying nothing he wrote in the summer of 1982 resembles the party Ford described.

He placed a lot of blame on Democrats, criticizing them and the way his nomination has proceeded.

Regardless of that, Kavanaugh insisted he will not withdraw his name from consideration.