Kavanaugh Incident Could Lead To More Security For Judges 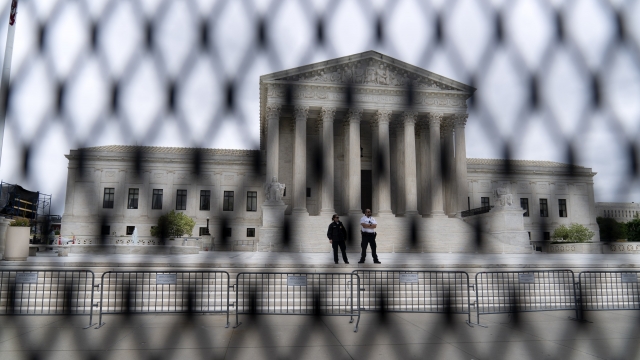 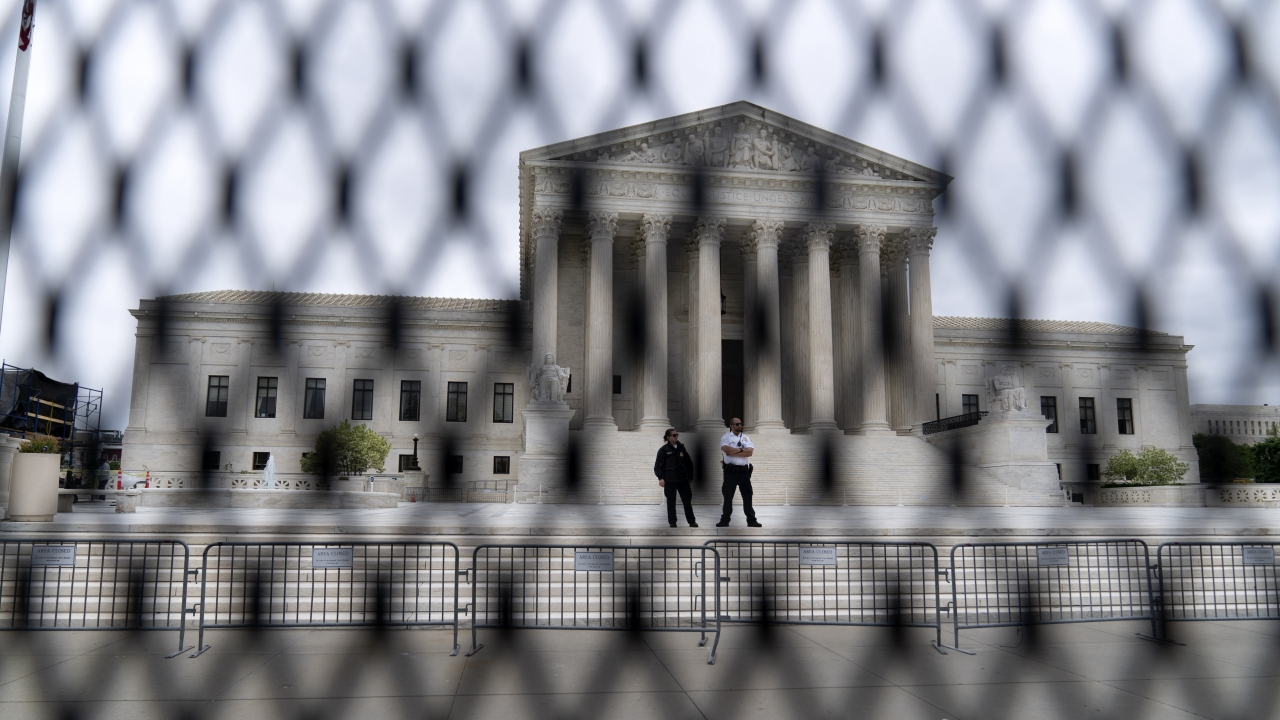 A man armed with a machete once broke into Stephen Breyer's vacation home in the Caribbean and took $1,000. Ruth Bader Ginsburg had her purse snatched on a Washington street. David Souter was assaulted by several men while he was jogging.

Supreme Court justices have not been immune to violent crime. But this past week's late-night incident at Justice Brett Kavanaugh's suburban Washington home, where authorities said a man armed with a gun and knife threatened to kill the justice, reflects a heightened level of potential danger not just for members of the nation's highest court, but all judges.

One proposal pending in Congress would provide additional security measures for the justices, and another would offer more privacy and protection for all federal judges.

Round-the-clock security given to the justices after the leak of the draft opinion in a major abortion case may well have averted a tragedy.

But the situation had much in common with other recent incidents that ended with the shooting death of a former judge in Wisconsin last week and the killing in 2020 of the son of a federal judge at their home in New Jersey. Troubled men, harboring a warped desire for vengeance and equipped with guns, turned their threats into action.

"We're seeing these threats increase in number and intensity. That's a sign. That's a signal," said U.S. District Judge Esther Salas, whose son was killed nearly two years ago in the attack that also wounded her husband.

Kavanaugh's would-be attacker is Nicholas John Roske, 26, of Simi Valley, California, authorities said in charging him with the attempted murder of a justice. Clad in black, he arrived by taxi outside Kavanaugh's Maryland home around 1 a.m. Wednesday.

He spotted two U.S. Marshals who were guarding the house and walked in the other direction, calling 911 to say he was having suicidal thoughts and also planned to kill Kavanaugh, according to court documents. Roske said he found the justice's address on the internet.

When police searched a backpack and suitcase he was carrying, they said they found a Glock 17 pistol, ammunition, a knife, zip ties, duct tape and other items Roske said he was going to use to break into the house. He said he bought the gun to kill Kavanaugh.

Roske told police he was upset by the leaked draft opinion in the abortion case and by the school shooting in Uvalde, Texas, and believed Kavanaugh would vote to loosen gun control laws, according to documents filed in federal court in Maryland.

Last week, Wisconsin authorities said Douglas Uhde, 56, shot John Roemer, a former county judge, in a targeted attack against a judge who had once sentenced him to prison. Roemer was found zip-tied to a chair. Uhde had shot himself and later died.

In July 2020, lawyer Roy Den Hollander showed up at Judge Salas' home posing as a FedEx delivery person. Den Hollander fatally shot Salas' 20-year-old son, Daniel Anderl, and wounded her husband, Mark Anderl. The judge was in another part of the home at the time and was not injured.

Den Hollander, 72, was a men's rights lawyer with a history of anti-feminist writings. He was found dead of a self-inflicted gunshot wound the day after the ambush, when police said they found a document with information about a dozen female judges from across the country, half of whom are Latina, including Salas.

Authorities believe Den Hollander also was tracking Supreme Court Justice Sonia Sotomayor, Salas said in a televised interview last year, because they found a manila folder with information about Sotomayor when they searched a locker belonging to Den Hollander.

Over the years, Supreme Court justices have called on Congress to provide more money for their security. But at the same time, the justices often shrugged off protection when it was offered. When Justice Antonin Scalia died on a hunting trip in Texas in 2016, for example, he did not have a security detail with him.

In recent years, the court has stepped up security for the justices. The court routinely refuses to discuss protection for the nine justices, but Justice Amy Coney Barrett said earlier this year that she was not prepared for how much more extensive security is now than when she worked for Scalia in the late 1990s.

Sotomayor likes to walk among guests at her public appearances, often joking about the armed officers who are there to protect her. "The guys up here. The big guys with stuff around their waist and things. They're here to protect you from me," she said to laughter at an event this year. "They get nervous if you get up unexpectedly. ... Please don't make them nervous."

House Speaker Nancy Pelosi, D-Calif., said Thursday that the House would take up a bill with bipartisan support that already has passed the Senate that would expand protection to the members of the justices' immediate families.

Gabe Roth of the court reform group Fix the Court said in his view the justices "need Secret Service-level protection, which has only become more obvious this week. I've said it for years."

A separate bill, named in memory of Salas' son, would provide more privacy and protections for all federal judges, including scrubbing personal information from the internet, to deal with mounting cyberthreats. The U.S. Marshals Service, which protects about 2,700 federal judges and thousands more prosecutors and court officials, said there were 4,511 threats and inappropriate communications in 2021, compared with 926 such incidents in 2015.

The legislation, also widely supported by lawmakers in both parties, has been blocked by Sen. Rand Paul, R-Ky., who wants it to apply to members of Congress as well.

Sen. Bob Menendez, D-N.J., the bill's author, said the Kavanaugh incident and Roemer's death in Wisconsin make plain the need for the legislation. "Our bill is the only existing proposal to protect the personal information of judges and their families," Menendez said in an email.

A similar bill in the House has not even gotten a hearing.

"We talk a lot about what can be done. How about we stop arming the public with information they are using to kill us? How about we do that?" Salas said Friday in an interview with The Associated Press.

The internet has made it much easier to find personal information pertaining to judges, and everyone else.

But even before the digital age, judges were sometimes the targets of people who harbored grudges about their treatment in the criminal justice system. In a book, retired Texas Judge Susan P. Baker details 42 judges, including three at the federal level, who were murdered or otherwise met suspicious ends in the 20th century.

In the past 17 years, three close relatives of federal judges have been killed in attacks at the judges' homes, including Salas' son. In 2005, U.S. District Judge Joan Lefkow returned from work to find her husband and mother shot dead in the basement of her Chicago home. The killer was a homeless electrician who had lost a medical malpractice suit in her courtroom.

U.S. District Judge Roslynn R. Mauskopf, who heads the office responsible for federal courts administration, said the incident at Kavanaugh's house is just the most recent reminder that "threats against judges are real and they can have and have had dire consequences."