Kavanaugh Confirmation Hearing Off To A Contentious Start 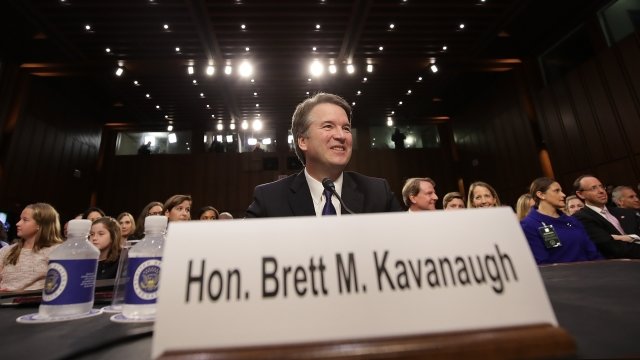 Soon after the Senate Judiciary Committee hearing started, Sen. Kamala Harris and other Democrats quickly called to adjourn the meeting.

"The committee received just last night, less than 15 hours ago, 42,000 pages of documents that we have not had an opportunity to review or read or analyze," Harris said.

She tried to continue on, but the committee chairman, Republican Sen. Chuck Grassley, simply responded: "You're out of order. I'll proceed."

"Sir, based upon your own principles, your own values, I call for at least a debate or a vote on these issues, and not for us to rush through this process," Booker said.

Grassley responded, saying he didn't want to let the hearings turn into what he called "mob rule."

"Can I ask my colleagues on the other side of the aisle how long you want to go on with this? Because I'm not going to entertain any of the motions you're making. We're not in executive session, and I think we ought to level with the American people. Do you want this to go on all day?" Grassley said.