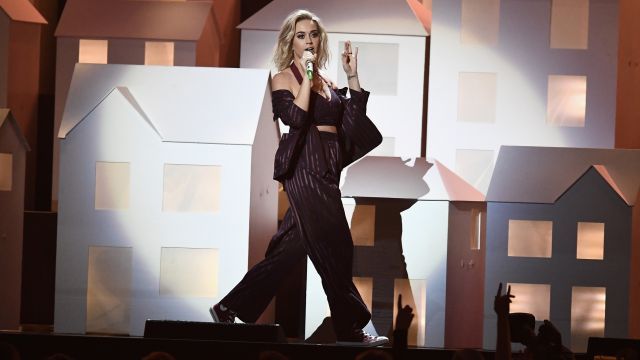 Katy Perry hasn't shied away from getting political recently.

She said during the Democratic National Convention, "I'm going to vote for Hillary Clinton."

And she might have brought her politics to the 2017 Brit Awards celebration. While most of her performance featured dancing houses, the singer also brought two skeleton puppets out on stage with her. And their outfits looked oddly familiar.

Perry was performing her new single, "Chained to the Rhythm," with Skip Marley. She wasn't nominated for any of the awards handed out during the event.

May told Trump during her visit, "I'm so pleased that I'm able to be here today, and thank you for inviting me so soon." 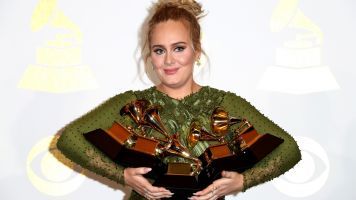 How One Artist Can Sweep The Grammys

U.K. Prime Minister Theresa May wore a similar outfit when she visited the White House at President Trump's invitation.

May's embrace of Trump hasn't been echoed by her colleagues in Parliament, who ceremonially voted against the government's plans to give Trump the honor of a state visit.

Warren was silenced for reading a letter criticizing Attorney General and former Sen. Jeff Sessions — an act that violated a Senate rule against criticizing other members. Senate Majority Leader Mitch McConnell justified halting Warren's speech by saying, "She was warned. She was given an explanation. Nevertheless, she persisted." The quote quickly became a rallying cry for Warren's defenders.