Sorry, Not Sorry: Kathy Griffin Took Back Her Apology For Trump Photo 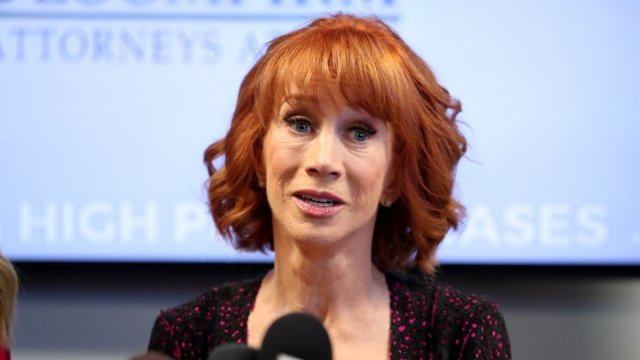 SMS
Sorry, Not Sorry: Kathy Griffin Took Back Her Apology For Trump Photo

By Ryan Biek
August 30, 2017
The comedian told multiple Australian outlets the backlash she received after posing with a fake severed head was "BS."
SHOW TRANSCRIPT

Kathy Griffin is taking back her apology for that infamous picture with a fake severed head resembling President Donald Trump.

Back in May, the comedian begged for forgiveness.

"I went too far. I made a mistake, and I was wrong," Griffin said in a now-deleted video on Twitter.

But on Tuesday, Griffin told Australia's Channel 7 she changed her mind.

"I am no longer sorry. The whole outrage was BS; the whole thing got so blown out of proportion. I lost everybody," Griffin said.

Griffin said she lost the support of people like Chelsea Clinton and Debra Messing. She also lost jobs, including a comedy tour and her New Year's Eve hosting gig with CNN.

But she argued her picture wasn't out of line compared with the "atrocities that the president of the United States is committing." 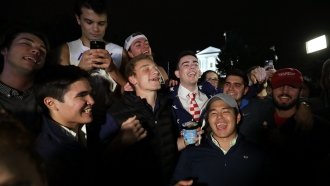 What Are Young Conservatives Expecting From President Trump?

Griffin refuted her apology multiple times on Channel 7 as well as on other Australian news shows.

Multiple Australian outlets interviewed her as she promotes a world comedy tour that promises to talk about, among other things, the president of the United States.