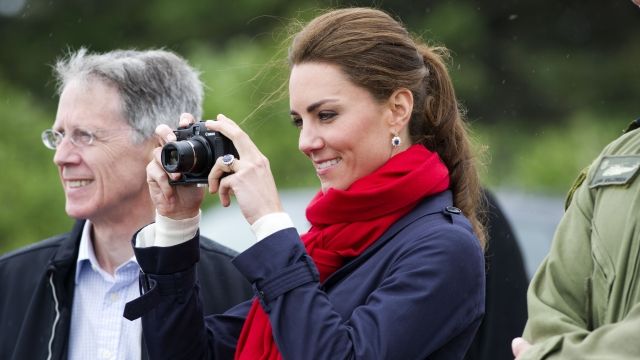 By Katherine Biek
January 2, 2017
Middleton has been taking photos of her family for years.
SHOW TRANSCRIPT

The Royal Photographic Society named her an honorary member. It's a charity that supports photographers and their work.

The society was founded more than a century ago in 1853.

The Duchess of Cambridge was offered a membership because many of her photos have been used as official royal portraits, including Prince George's first day at nursery school and Princess Charlotte around her first birthday.

She doesn't just take photos of her family. Middleton also took her camera on a trip to Borneo in 2012 and captured some nature-filled pics.

The duchess isn't the first member of the British royal family to be involved with The Royal Photographic Society.

Queen Victoria and Prince Albert were patrons of the society when it was first starting, and she was the one who allowed the society to use the word "royal" in its title.