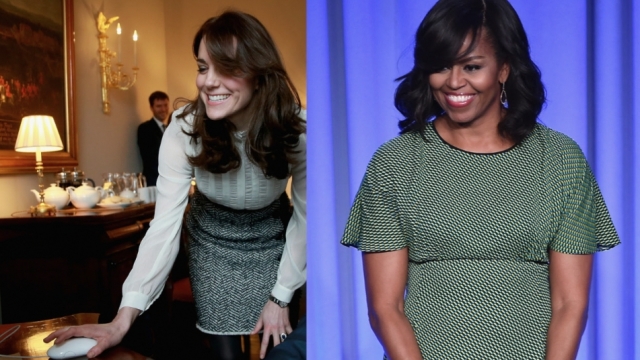 Kate Middleton was an editor at The Huffington Post U.K. for a day.

There was even a temporary newsroom in Kensington Palace.

The Duchess of Cambridge used the opportunity to talk about mental health in children and young adults.

"No one would feel embarrassed about seeking help for a child if they broke their arm, and we really should be equally ready to support a child coping with emotional difficulties," Middleton said in a Place2Be public service announcement.

And since Michelle Obama was a contributing writer, did that make Middleton her editor?

Both women have worked to destigmatize mental illness before.

This video includes a clip from ITN and images from Getty Images.