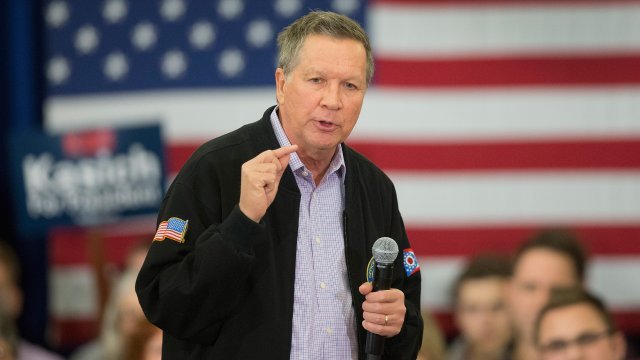 He said Monday some people with felony convictions may be able to buy guns in Ohio because "in too many communities, convictions aren't uploaded to the National Criminal Background Check system."

He signed an executive order for three government agencies to search for gaps in the way officials are reporting their data. They'll look into law enforcement and court clerks' practices to see if they can be improved.

Kasich has shown openness to gun control before. Shortly after the Parkland school shooting, he released several proposals meant to curb gun violence in Ohio.