Kashmir Attack Could Spark Armed Conflict Between India And Pakistan 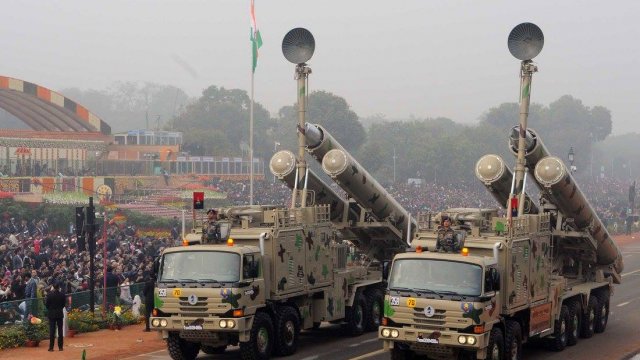 SMS
Kashmir Attack Could Spark Armed Conflict Between India And Pakistan
By Matt Picht
By Matt Picht
February 19, 2019
A terrorist attack in Kashmir is threatening to touch off armed conflict between the two nuclear powers of India and Pakistan.
SHOW TRANSCRIPT

The nuclear-armed nations of India and Pakistan are getting dangerously close to armed conflict in response to a recent terrorist attack.

A suicide bombing last week killed dozens of Indian soldiers in Kashmir - a disputed territory both countries claim is theirs. India has vowed retribution in the wake of the attack, and accused Pakistan of harboring and even encouraging terror groups.

Indian Prime Minister Narendra Modi is facing severe political pressure to respond with military force. The country's heading to a general election in a few months, and all major political parties are eager to take a hard stance on terrorism.

But Pakistani Prime Minister Imran Khan has promised to retaliate if India attacks his country. And any armed conflict risks ramping up into a more protracted battle — potentially even involving nuclear weapons.

A similar incident took place in 2016, when India retaliated for a terrorist attack with a series of ground-based "surgical strikes" in Pakistan-controlled territory. That response was designed not to provoke further escalation; this time around, political support for retaliation might lead to a more severe attack.

So far, the U.S. has largely stayed on the sidelines of the conflict. While a message from Secretary of State Mike Pompeo condemned  the initial attack, the U.S. hasn't publicly interceded to mediate the brewing dispute.