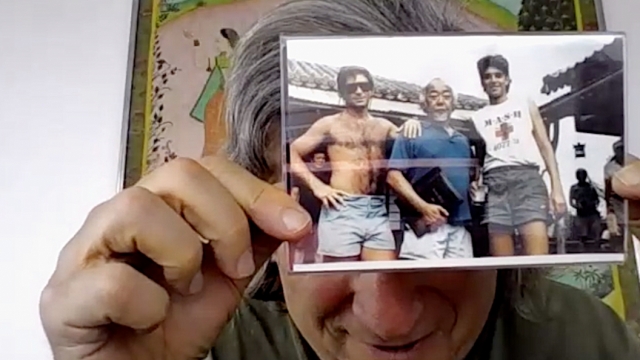 Robert Mark Kamen, the writer of "The Karate Kid": "It was this little movie that I wrote in 1982. … Maybe it would make $30 million at the box office, and that would make it a hit because it didn't cost a lot. And 38 years later, here I am writing 'Karate Kid' the Broadway musical."

"The Karate Kid" debuted almost four decades ago, and since then, it's been followed by two movie sequels, a spinoff series on YouTube and Netflix, a Broadway musical in the works for next year, and "More Than Miyagi," a new documentary about actor Pat Morita.

Morita died in 2005, but his work as a stand-up comedian and actor spanned decades. He worked on series like "Happy Days" and "Sanford and Son," but he's still most recognized as the Okinawan karate master Mr. Miyagi.

Kamen: "'The Karate Kid' is playing in countries all over the world all the time. And now with 'Cobra Kai' with these three geniuses who came up with this brilliant idea of doing this. It's gigantic and Netflix has spread it like a virus everywhere."

The franchise spinoff "Cobra Kai," which follows the life of the original movie's bully, was Netflix's number one show last summer, and it was recently picked up for season four by the streaming platform.

Kamen: "Can I be honest with you? When I watch 'Cobra Kai,' I miss Pat. … To have Pat here sitting on the couch watching this or be part of it? I would give anything because it was so important to his life. It defined him."