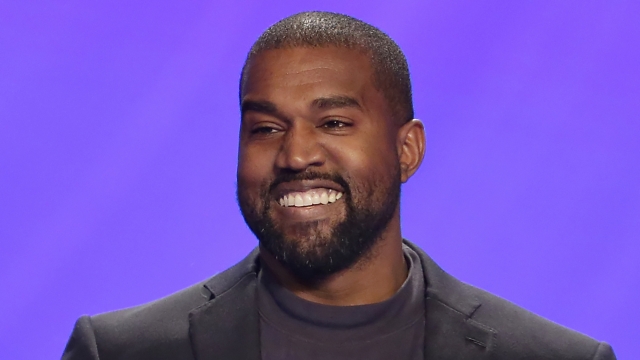 Rapper and fashion designer Kanye West says he's running for president to win. But he told Forbes magazine in a text message interview that part of the reason he's running is to hurt Democrat Joe Biden's chances of winning.

This comes after reports surfaced that West, a longtime supporter of President Donald Trump, has received help from GOP operatives to get on the ballot in key states — a plan that some say is targeted to take away Black voter support from Biden.

What do you make of Kanye West getting into the presidential race this way?

"When I first heard the news about this, I had three feelings that came over me. One was outrage," said Cavalier Johnson, who is the president of the Milwaukee Common Council. "One was a shock, and one was not being very surprised at all. I was outraged because this is clearly a political ploy by Republicans to get Kanye West on the ballot in order to siphon votes away from the Democrats."

Since announcing his bid in a tweet on July 4, West has sought to distance himself from the President and focus on his own political ambitions. He first floated the idea of running for president during an appearance at the 2015 MTV Video Music Awards.

So far West has qualified in at least seven states, with some inspecting his applications. The latest two states are Wisconsin and Ohio where his filing is still pending review.

Democrats in the Buckeye State are threatening to fight back in court. In a statement, the Ohio Democratic Party exclusively told Newsy:

"We are concerned about reports that Republican operatives have been coordinating the effort to get a supposedly independent candidate on the ballot in Ohio and other states. We are scrutinizing their process and petition signatures closely for fraudulent activity and will take legal action as warranted."

The Trump campaign denied knowing anything about West's plan after it was reported that a lawyer connected to the campaign was helping West in Wisconsin. The president was asked about Kanye's campaign at a recent White House press conference.

"I like Kanye very much. No I have nothing to do with him getting on the ballot. We'll see what happens, we'll see if he gets on the ballot, but I'm not involved," said President Trump.

There's been widespread speculation about the seriousness of West's presidential campaign after a bizarre appearance at a rally in South Carolina, which sparked his wife, Kim Kardashian West, to put out a statement about his struggle with bipolar disorder.

Despite all this, Republican strategist Dennis Cook says the Kanye West campaign could actually have an impact on the 2020 race, especially in states like Wisconsin where Trump's margin of victory was less than 23,000 votes.

"And if you get Kaye, [if he] is able to become successful and get on that ballot, especially before early voting and absentee voting begins," said Cook. "You know, it could have a significant impact in a race in a state like Wisconsin or Ohio, where you have African-Americans or other disenfranchised voters selecting for Kanye. It's quite possible that his candidacy could take a percentage or two away from either Biden or the president."

In Milwaukee, Democratic officials say they plan on talking to young Black voters about West.

"We're trying to educate folks to make sure that they don't get duped," Johnson said. "Kanye West is out here as a gun for hire for the Trump administration, for Donald Trump's campaign in order to give him another four years in the White House."

And Kanye West faces an uphill battle in his bid for the White House since he's missed the deadline to file paperwork to be on the ballot in several states like New York, Texas and Florida, but he does have the opportunity to file paperwork in at least over a dozen states that have deadlines in August or later. Willie James Inman, Newsy, Washington.