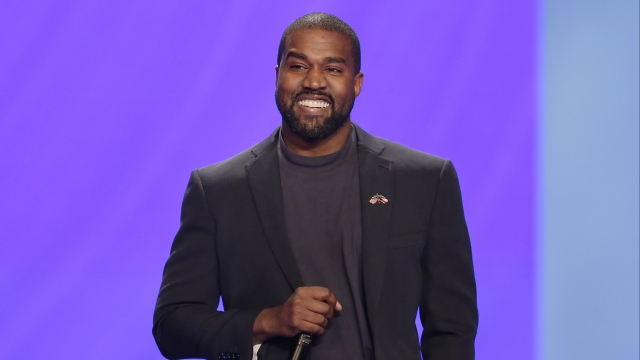 Kanye West announced on Twitter he's running for president in this year's election.

He said, "We must now realize the promise of America by trusting God, unifying our vision and building our future." He added #2020Vision.

Some people speculate it's a publicity stunt, though. The rapper just released his latest single, "Wash Us in the Blood," and his new album, "God's Country" will be released soon.

On Saturday, Kim Kardashian-West supported her husband's announcement with a retweet and an American flag emoji. Tech billionaire Elon Musk responded to West's tweet, as well, offering his full support. And business leader, Mark Cuban, said he would vote for West over President Donald Trump.

However, it's unclear whether West has filed paperwork for his presidency with the Federal Election Commission. There's no sign of a campaign committee set up for him for this year's election.

West could meet the deadline to run as an Independent candidate in some states. He would still need to get enough signatures to get on November's ballot, otherwise he could end up being a write-in candidate.