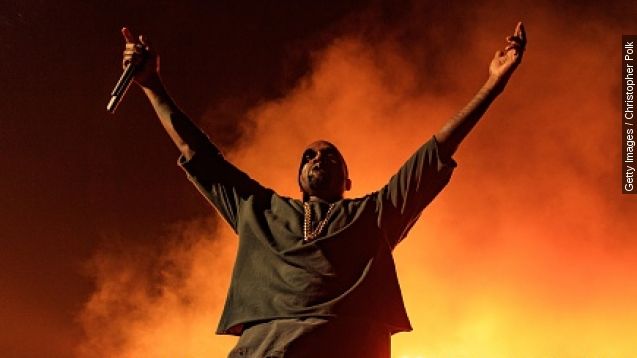 SMS
Kanye's New Song Makes It Clear He Still Has A Problem With Nike
By Ben Lawson
By Ben Lawson
January 1, 2016
Kanye West dropped a single on New Year's Eve, and apparently he's still not over his dispute with his former shoemaking partner.
SHOW TRANSCRIPT

Just before the new year hit, Kanye West dropped a new single on SoundCloud, and the big takeaway is: He really doesn't like Nike.

"Yeezy in the house and we just got appraised. Nike, Nike treat employees just like slaves," West rapped.

Yeezy's new single, "Facts," features more than a few digs at the shoemaker. Apparently, Kanye is still bitter after his partnership with the company went south and he decided to switch over to Adidas. (Video via Roc-A-Fella Records / Kanye West)

Like most of Kanye's endeavors in 2015, his last single of the year focuses on his nonmusical ambitions, such as his designer shoes and Kim Kardashian's themed emoji set, which he claims made a million dollars a minute.

"Facts" was produced by Metro Boomin and Southside, who both collaborated with Drake earlier this year.

That might have something to do with Kanye evoking a Drake-like vibe in the song's opening lines as he raps "Yeezy just jumped over Jumpman" — a reference to Drake's "Jumpman" track. (Video via Cash Money / Drake)

West might be making a tradition of New Year's Eve releases. He dropped "Only One," his collaboration with Paul McCartney, just before the ball dropped last year as well. (Video via Roc-A-Fella Records / Kanye West)