Kansas Secretary Of State Found In Contempt Of Court 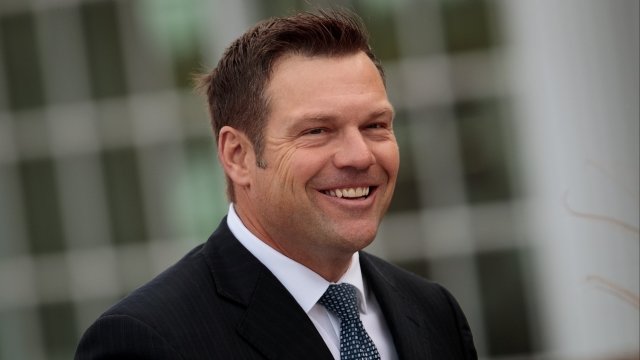 SMS
Kansas Secretary Of State Found In Contempt Of Court
By Katherine Biek
By Katherine Biek
April 19, 2018
The judge said Kris Kobach failed to stop enforcing a controversial voter registration law after being ordered to do so.
SHOW TRANSCRIPT

Kansas Secretary of State Kris Kobach was found in contempt of court in a case involving the state's controversial voter registration law.

The law, which went into effect in 2013, requires Kansans to show some proof of citizenship — like a birth certificate or a passport — in order to register to vote.

The American Civil Liberties Union challenged the law in 2016, arguing it violated federal law and prevented more than 35,000 people from being able to vote.

The judge sided with the ACLU and ordered Kobach to allow registration of anyone who tried to register but didn't provide proof of citizenship. On Wednesday, the same judge found him in contempt because he failed to update voter registration information on his website and didn't notify would-be voters about the change in their registration status.

Kobach, who served on President Donald Trump's voter fraud commission last year, is currently running for governor of Kansas. His office said he plans to appeal this latest ruling.