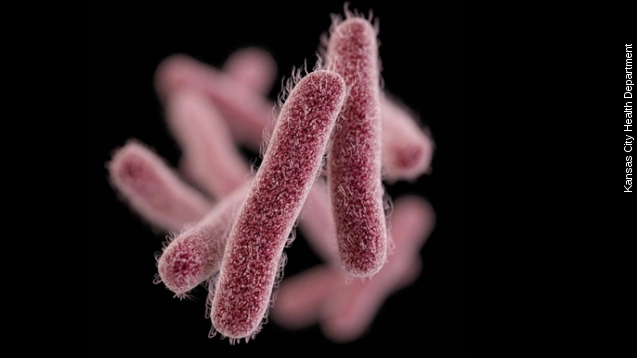 The Kansas City, Missouri, area usually only sees 10 cases of the disease Shigella a year. Since January, there have been more than 140.

Feel like crap? Live in Kansas City? You're probably dying.

We're being dramatic. You're probably not going to die — but we are here to tell you there has been an increase in the Kansas City area in cases of Shigella — a highly infectious disease that causes diarrhea. Bad diarrhea.

"It's a pretty awful disease," a doctor told KSHB.

"Awful, and infectious. Shigella is a bacteria that attacks the intestines, specifically in children," the KSHB reporter said.

Newsy's partners at KSHB spoke with Kansas City Pediatrics and learned there are three strains going around, and an antibiotic is needed to wipe out the bacteria.

Symptoms of Shigella, according to the CDC, are diarrhea that's sometimes bloody, fever, abdominal pain and feeling like you have to go No. 2 even when there's nothing there.

Sounds awful. The Kansas City, Missouri, Health Department said in a statement there are usually only 10 cases of the disease in a single year in the city. Since the beginning of 2015, the department has investigated more than 140 cases.

The disease is spread by "direct or indirect fecal-oral contact with a person having symptoms," according to the Health Department. Gross.

The Department also said most of the cases have been found in children who are in day care or elementary school.

Reducing your chances of getting Shigella is simple: Practice good handwashing. For those infected, take caution not to handle other people's food or drink.