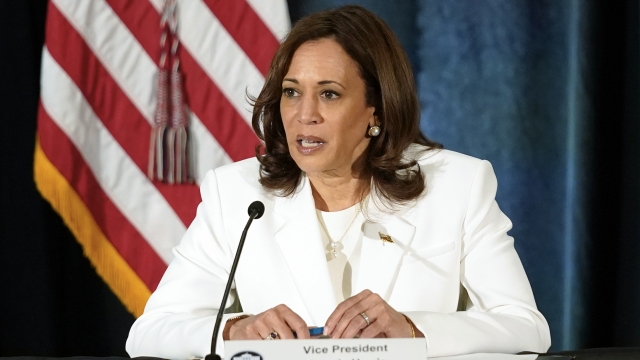 Vice President Kamala Harris spoke with Pennsylvania lawmakers on Saturday, where she said the Supreme Court's decision to let states outlaw most abortions "is deeply harmful to our nation."

Vice President Harris said states not only are criminalizing medical professionals who provide abortions but also are making no exceptions in the cases of rape or incest.

She also emphasized that the high court's decision is having profound repercussions in reproductive medicine as well as in other areas of medical care.

"It must be understood that on this subject we are not asking anyone to compromise their beliefs or abandon their faith. We are simply saying the government should not be in the position, nor should the government have the power to replace its beliefs for those of the woman," Vice President Harris said.

Some patients are choosing sterilization rather than risking an unwanted pregnancy.

Others who develop dangerous pregnancy complications are getting delayed care as doctors struggle to assess if their lives are truly in danger.

Some patients with lupus or arthritis who don't plan to get pregnant are losing access to a helpful drug that can cause miscarriages.

The American Medical Association's president says it's a "frightening and fraught time.''

The Supreme Court on June 24 overturned the landmark 1973 Roe v. Wade ruling, which had protected the right to an abortion.