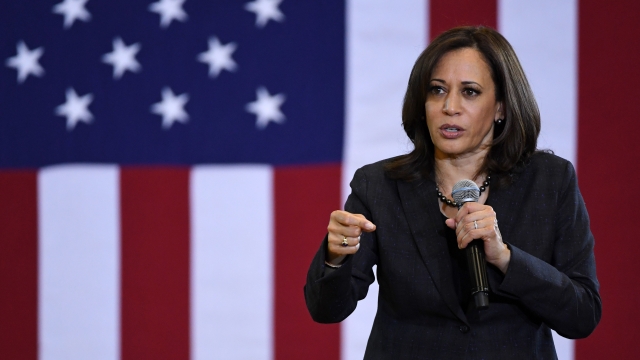 We hear a lot about the minimum wage and the gender pay gap, but Democratic presidential candidate Sen. Kamala Harris made a statement during a CNN town hall that conflated the two issues in an incorrect way.

"You look at the fact that we have a real battle in this country around minimum wage and the need to increase minimum wage. We should understand minimum wage is a minimum standard of living, but federal minimum wage is $7.25 an hour, which averages $15,000 a year, and the majority of women are minimum-wage workers," Harris said.

It's that last part of her statement where Harris went wildly wrong. Her campaign called it a "slip of the tongue," and to her credit, she has used that talking point correctly before. To clear things up, let's break down the minimum wage statistics and look at who fills those jobs.

In 2018, about 155 million people were employed in the U.S., and just over 73 million of those workers were women.

The Bureau of Labor Statistics says about 1.7 million people earned the federal minimum wage of $7.25 an hour or less, and women made up almost 1.1 million of those low-income workers.

Taking Harris' statement literally, we'd need to compare the 1.1 million low-income woman employees with the 73 million women in the work force. That math says 1.5% of working women are earning the minimum wage or less. And 1.5% is ridiculously far from a "majority."

Harris' campaign says she meant to reference the gender split among minimum-wage workers. In 2018, 63% of workers earning minimum wage or less were women, and that is a majority.