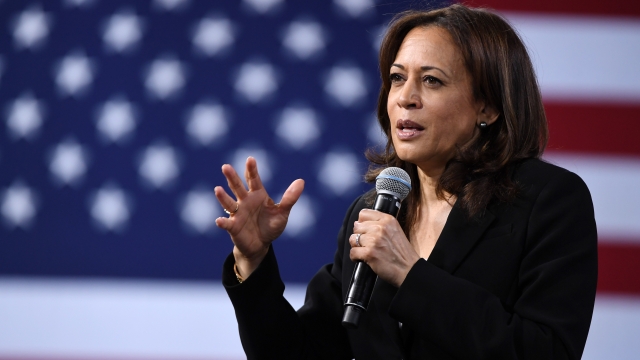 "It is with deep regret -- but also with deep gratitude -- that I am suspending our campaign today," said Senator Kamala Harris in a video posted online.

Sen. Kamala Harris' once promising presidential campaign came to an end amid sagging poll numbers, dwindling fundraising and reports of disorganization and infighting.

A South Carolina Democratic political operative who interacted frequently with the Harris campaign described her staff to Newsy as "inexperienced" and "full of upheaval." The operative asked not to be named so they could deliver a candid assessment of the campaign in a state Harris devoted considerable time and money to.

Harris failed to maintain momentum after what many viewed as a successful launch and strong performance during the first Democratic debate.

A campaign aide said the California senator informed her staff of her decision shortly before releasing a video saying she didn't have the funds necessary to continue in the race.

"I’m not a billionaire. I can’t fund my own campaign. And as the campaign has gone on, it’s become harder and harder to raise the money we need to compete," Harris said.

The campaign had come under fire for how it was treating staff after internal struggles were reported by the Washington Post and The New York Times. The Times obtained a resignation letter from a former staffer who criticized top aides for laying off staff without notice.

In the latest Morning Consult poll, Harris was tied for 5th nationally with billionaire and former New York City Mayor Mike Bloomberg, who recently jumped into the race.

Harris will travel to early states to personally thank staff and supporters, a campaign source told Newsy. She was one of seven candidates who had already qualified for the next Democratic debate in Los Angeles.