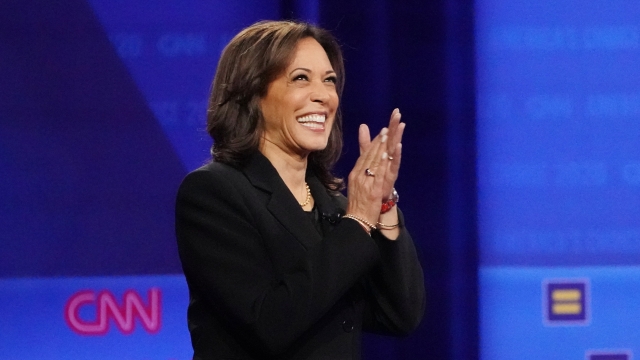 "I've taken stock, and I've looked at this from every angle. And over the last few days I have come to one of the hardest decisions of my life."

Democratic Sen. Kamala Harris is out of the race for the White House in 2020.

Harris made the announcement Tuesday. She explained she did not have enough funding to continue her campaign.

"I'm not a billionaire. I can't fund my own campaign. And as the campaign has gone on, it has become harder and harder to raise the money we need to compete."

On Twitter, she wrote: "I will keep fighting every day for what this campaign has been about. Justice for the People. All the people."

Harris, arguably one of the highest-profile candidates to drop out so far, had already qualified for the December Democratic debate, set to be held in her home state of California.

The news came shortly after the Democratic senator canceled a fundraiser set for Tuesday night in New York and her campaign announced California Gov. Gavin Newsom would be in Iowa on her behalf.

Two other presidential hopefuls have called it quits since Sunday: Joe Sestak and Montana Gov. Steve Bullock. In total, nine Democratic candidates have dropped out of the 2020 presidential race.