Colin Kaepernick's Collusion Complaint Against The NFL Will Move On 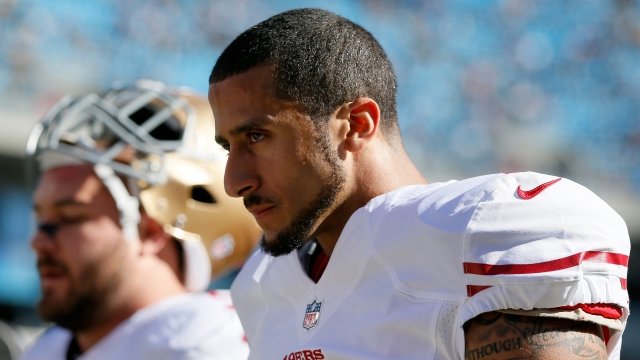 Colin Kaepernick just got a pretty big win in his case against the NFL.

In October 2017, the quarterback filed a grievance against the league and all 32 teams. He says they colluded to keep him off every roster because of his protests during the national anthem.

The league filed a request to dismiss the complaint, but on Thursday an arbitrator denied that request.

So now, Kaepernick's complaint will move ahead to a trial-like hearing. A date for that hearing wasn't immediately available.