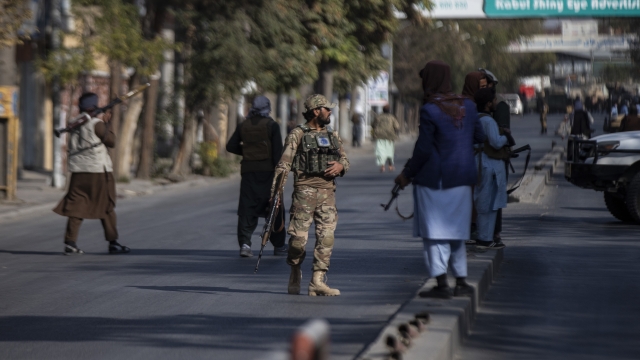 SMS
Kabul Hospital Attack Leaves At Least 3 Dead, 16 Wounded
By Associated Press
By Associated Press
November 2, 2021
Residents say they heard two explosions and gunfire in the area, but there's been no immediate claim of responsibility for the attack.

Six attackers set off an explosion at the entrance of a military hospital in the Afghan capital on Tuesday and tried to enter the facility, but were eventually pushed back by Taliban guards, an official with the Taliban-run Defense Ministry said.

At least three people were killed and 16 were wounded in the attack on the Sardar Mohammad Dawood Khan hospital in Kabul's 10th district, the health officials said.

There was no immediate claim of responsibility for the attack, one of the most brazen yet in the capital since the Taliban took over Afghanistan in a swift military campaign in August. Previous attacks were claimed by Islamic State militants, an enemy of the Taliban.

Hekmatullah Jamal, the Taliban official from the Defense Ministry, said two of the six attackers were captured. He did not say how many people were killed or wounded. "There are casualties among both our personnel and civilians but immediately the toll is not clear," he said.

He said Taliban fighters were among those killed, but that most of the casualties were civilians. The Taliban have regained control of the hospital, he added.

City residents had reported two explosions in the area, along with the sound of gunfire.

Sayed Abdullah Ahmadi, the director of the nearby Wazir Akbar Khan hospital, said his facility had received three bodies and seven people who were wounded in the blast.

Another nine injured were taken to the Afghanistan Emergency Hospital.

In recent weeks, ISIS has carried out a series of bombing and shooting attacks. The group has stepped up attacks since the Taliban takeover of the country.