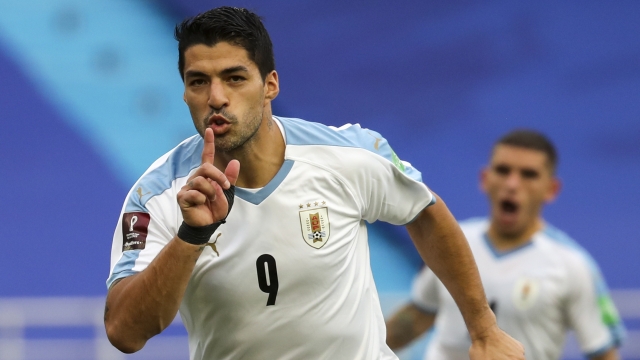 The sporting director of Italy's famed Juventus professional soccer team is under criminal investigation for trying to speed up a player's bid for citizenship.

Prosecutors say details of Uruguayan striker Luis Suarez's Italian citizenship test were leaked to the player before he took it in September. The player passed a required language test in 15 minutes after just doing the oral part of the exam.

Juventus needed Suarez to pass the test so that it didn't exceed its quota for players who aren't citizens of the European Union. Suarez  only needed to pass a language exam to get his Italian passport because his wife is Italian.

Italian press outlets reported that Suarez's tutor said the player couldn't speak a word of Italian and needed help to pass so that he wouldn't " blow up a 10-million-a-season salary," which he stood to earn if he joined the Juventus team.

Suarez instead later signed with the Atletico Madrid team in Spain.

The dean and three other officials from the Italian university where Suarez took the test have been suspended for eight months. The university has denied any wrongdoing. Juventus insists its sporting director, Fabio Paratici, will be cleared through the investigation.