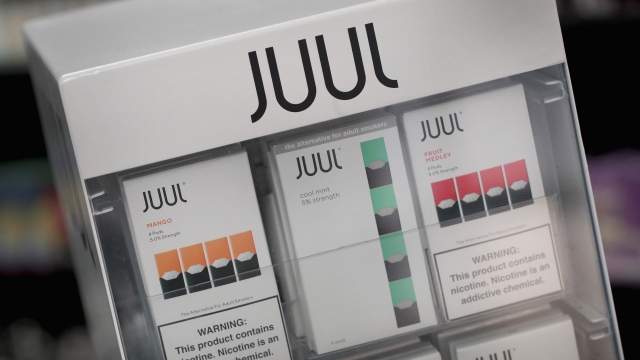 A mother is bringing the first wrongful death lawsuit against Juul Labs Inc. after her 18-year-old son died more than a year ago in Florida.

Lisa Vail filed the lawsuit on Tuesday in the U.S. District Court in Northern California, where Juul's headquarters is located. In the complaint, she says her son, Daniel Wakefield, "became intensely addicted" to Juul products after seeing Juul ads in 2015. At that time, Wakefield would have been 15 or 16. She says her son's behavior completely changed and that he was hospitalized within a year after he started vaping. Vail also alleges "defects in Juul products were a substantial factor in causing Wakefield’s death." According to the complaint, Wakefield was found unresponsive in August 2018 after a day of moving boxes with his father. His death was reportedly "attributed to breathing complications."

Juul Labs Inc.'s CEO stepped down in September following reports that the e-cigarette company was under a federal criminal investigation. That same day, the company said it would pull its broadcast, print and digital advertisements.

The most recent available CDC data cites 1,299 reported cases of vaping-related lung injuries from across the U.S. Health officials are still looking in to what exactly is causing these serious lung illnesses and deaths. Some patients only reported using nicotine products, some used products containing THC, and some used both. With so many different substances and product sources under investigation, the CDC and FDA says there could be more than one cause.

The CDC has confirmed 26 vaping-related deaths so far. Victims ranged in age from 17 to 75 years old.