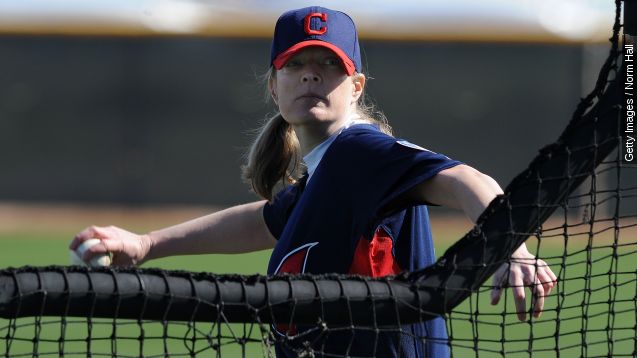 The A's announced the hiring of Justine Siegal late Tuesday, and while she's MLB's first female coach, she's no stranger to professional baseball.

Siegal's spent most of her life around the game. In 2009, she became the first woman to coach a professional men's baseball team when she served as first-base coach for the Brockton Rox.

In February 2011, Siegal became the first female to throw batting practice to the Cleveland Indians. Since then, she's gone on to toss BP to the A's, St. Louis Cardinals, Houston Astros, New York Mets and the Tampa Bay Rays.

She also has a Ph.D. in sport and exercise psychology and is the founder of Baseball for All, a nonprofit organization that "empowers, educates, instills leadership and creates opportunities for girls to play baseball." (Video via Queen Latifah)

Siegal will work as a guest instructor in the Instructional League, essentially a league for young or rehabbing players. That will start Oct. 4.