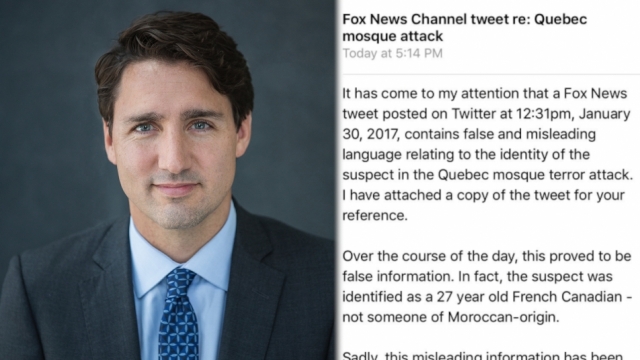 By Lauren Stephenson
January 31, 2017
The cable news outlet tweeted Monday that the suspect in the Quebec City mosque attack was "of Moroccan origin." The suspect is French-Canadian.
SHOW TRANSCRIPT

"We will grieve with you. We will defend you. We will love you. And we will stand with you," Canadian Prime Minister Justin Trudeau said.

Trudeau made that pledge to Muslims in Canada on Monday — the day after a suspected terrorist attack at a Quebec City mosque left six people dead.

Trudeau's office sent a letter to Fox News on Tuesday, apparently aiming to keep that promise.

The letter was about a tweet Fox News published Monday that said the shooting suspect was "of Moroccan origin."

Authorities released the identity of the suspected shooter, who is French-Canadian, on Monday night. But Fox News still had the tweet online Tuesday afternoon.

Police had originally arrested two people. However, police determined one of the men was a witness.

The letter from Trudeau's office said the tweets "dishonour the memory of the six victims and their families." 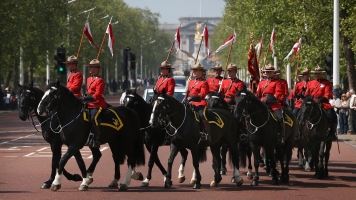 It went on to say, "We need to remain focused on keeping our communities safe and united instead of trying to build walls and scapegoat communities."

Fox News has since removed the tweet. In a statement obtained by CNN, the managing director said the site "corrected the misinformation with a tweet."