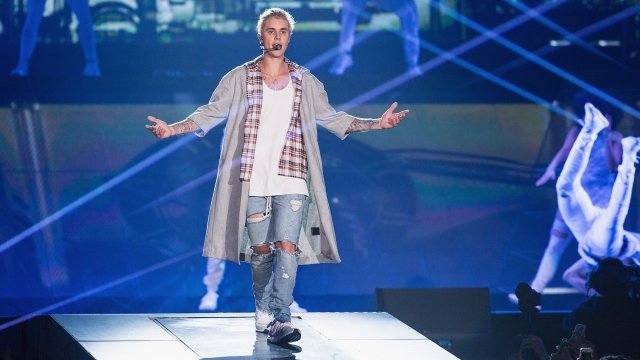 SMS
Justin Bieber's 'Bad Behavior' Has Gotten Him Banned
By Katherine Biek
By Katherine Biek
July 21, 2017
Beijing's culture bureau confirmed the pop star is banned from performing in the Chinese city because of his "bad behavior."
SHOW TRANSCRIPT

Justin Bieber might be sorry for things he's done in the past, but Beijing doesn't seem to be ready to move on.

You heard right — we said Beijing.

Its culture bureau confirmed the pop star is banned from performing in the Chinese city because of his "bad behavior."

The bureau didn't go into specifics about what behavior made Bieber persona non grata.

But the 23-year-old singer has made plenty of headlines over the years for reckless and drunken driving, vandalism and on-stage outbursts.

And late last year, Bieber was indicted in Argentina for allegedly ordering an attack on a photographer in 2013.

Bieber's currently in the middle of his Purpose World Tour. He'll be heading to Asia for several performances in the fall, one of which is in Hong Kong.

Lady Gaga, Maroon 5 and Selena Gomez have also all reportedly been barred from playing in China. Though they were all banned for their association with the Dalai Lama, not for poor behavior.