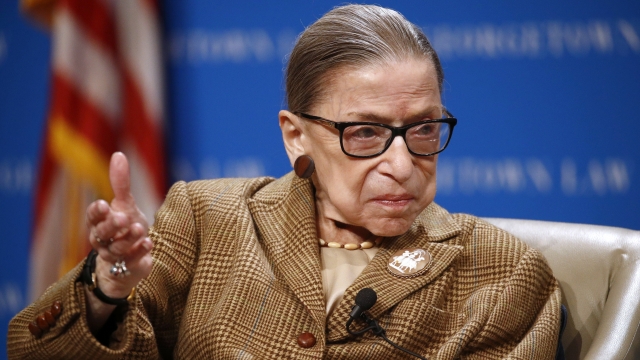 Justice Ruth Bader Ginsburg was released from the hospital after undergoing a non-surgical procedure related to her treatment for a cancerous tumor.

The Supreme Court said in a statement Ginsburg has returned home and is resting comfortably after minimally invasive treatment at Memorial Sloan Kettering Cancer Center in New York City.

Her doctors told the court they were revising "a bile duct stent" placed last August to treat a cancerous tumor on Ginsburg's pancreas. The common procedure minimizes risk of infection.

The oldest justice on the court — Ginsburg announced in July she was undergoing chemotherapy to battle a recurrence of liver cancer. She says she is doing well and is "fully able" to fulfill her duties on the high court.