Did Justice Neil Gorsuch Live Up To The Conservative Hype? 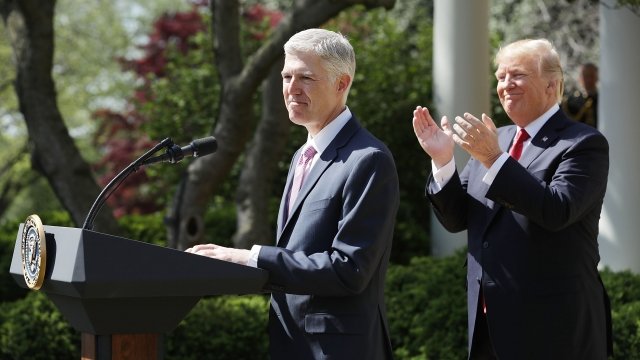 Neil Gorsuch, the newest and one of the most controversial justices on the Supreme Court has completed his first full term on the bench.

His nomination to fill the seat vacated after the death of Justice Antonin Scalia is seen by many conservatives as the crown jewel in the GOP’s achievements since President Trump was elected. But for liberals, his confirmation was detrimental to the ideological makeup of the bench. He also filled a seat Democrats felt was stolen from President Barack Obama after the GOP-led Senate refused to hold hearings for Obama nominee Merrick Garland.

Overall, Gorsuch has largely lived up to the conservative hype, siding with the majority to uphold Trump’s travel ban and with a baker who refused to make a wedding cake for a same-sex couple.

But he broke with conservatives on Sessions v. Dimaya. The 5-4 decision struck down a clause in the Immigration and Nationality Act which applied to any alien convicted of an “aggravated felony,” a term Gorsuch said was too broad and gave the government too much power, could be deported.

And Ilya Shapiro, a Supreme Court scholar for the Libertarian Cato Institute, says Gorsuch will likely break with conservatives again.

"Again in all areas of the law — criminal, regulatory or anything else — Neil Gorsuch is suspicious of government overreach," Shapiro said.

With Justice Anthony Kennedy announcing his retirement from the court, many conservatives are hoping President Trump will use Gorsuch as a model in choosing his next nominee. 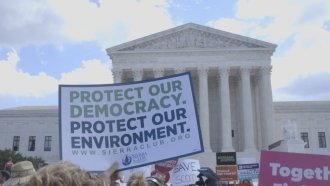 "What’s interesting is that I think Gorsuch has satisfied all elements of the center-right coalition, whether social conservatives or libertarians, establishment types, Trumpian populists," Shapiro said. "I think he’s the reason why people are now seeking a so-called Gorsuch 2.0 is because both in style and substance he has rapidly made himself into the very model of a modern justice."