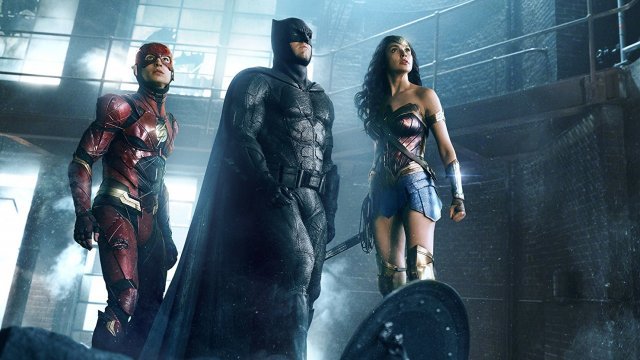 It's been a long time coming, but DC's highly anticipated response to the tremendous success of "The Avengers" is finally here. "Justice League" took the No. 1 spot this week, bringing in a lackluster $96 million in its first week out.

How the hell is $96 million in three days "lackluster"? Well, let me explain.

Since Zack Snyder introduced us to the DC Extended Universe with "Man of Steel" in 2013, DC Entertainment hasn't had a debut dip below $100 million — until now. Wonder Woman's stand-alone film managed a $103 million debut weekend just this year.

Also, if this film was supposed to rival Marvel's "Avengers," it's way behind. Not only did "The Avengers" have a $207 million debut, but it’s also the fifth-highest grossing film of all time.

But I'm happy to report all hope isn't lost for "Justice League" or our DC heroes. Despite its "rotten" rating, Warner Bros. has at long last churned out a superhero movie that isn't just gloomy and complicated.

"Joss Whedon saved this film. He saved it," critic Matt Atchity said on What The Flick?!

"He made it a little cheeky and funny sometimes," Christy Lemire said.

There is some fun to be had with "Justice League," and that's a huge step in the right direction. Now, it's just a matter of convincing moviegoers that these films will continue to get better, and that this won't happen again.

Overperforming this weekend is the certified tear-jerker of the month "Wonder," bringing in an estimated $27 million in its first week out and dazzling critics across the board.

"Wonder" serves as another critically acclaimed outing for its star kid Jacob Tremblay, who was in the Oscar-nominated film "Room" in 2015.

Rounding out third place this weekend is "Thor: Ragnarok," bringing in an estimated $21.7 million in its third week out.

As for next week, how about a little sobbing to go along with that turkey dinner?