Justice Dept. Names 9 To Aid In Review Of Uvalde Shooting 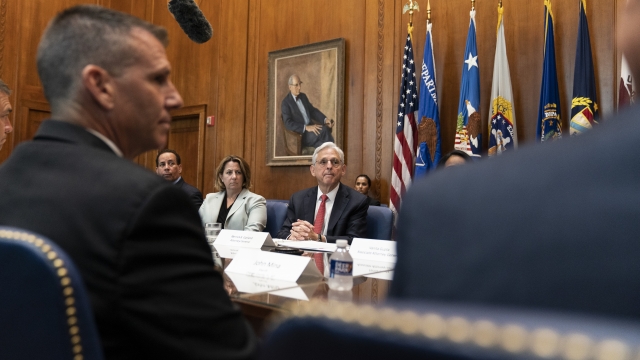 The Justice Department has named a team of nine people, including an FBI official and former police chiefs, to aid in a review of the law enforcement response to the Uvalde, Texas, elementary school shooting that left 19 children and two teachers dead.

Attorney General Merrick Garland announced the team Wednesday during a meeting in his office in Washington. The critical incident review is being led by the Justice Department's Office of Community Oriented Policing Services.

The review will include an examination of police policies, training and communication, along with the deployment of officers and tactics, the Justice Department said. It will also examine who was in command of the incident and how police prepared for potential active-shooter incidents.

The team gathered for its first meeting Wednesday around a conference table in Garland's office, with a few of the members appearing virtually on a large television screen.

Garland said the review would be comprehensive, transparent and independent.

"We will be assessing what happened that day," he said. "We will be doing site visits to the school, we will be conducting interviews of an extremely wide variety of stakeholders, witnesses, families, law enforcement, government officials, school officials, and we will be reviewing the resources that were made available in the aftermath."

The findings and recommendations will be detailed in a report, which will be made public, he said. 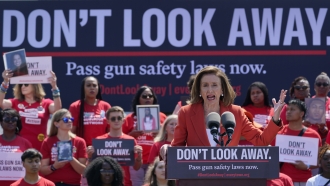 Garland said the team has already begun its work, though the department didn't provide specific information on whether any members of the team have been to Uvalde, a town of about 15,000 residents.

The Justice Department said it would move as expeditiously as possible in developing the report.

The review was requested by Uvalde's mayor. Such a review is somewhat rare, and most after-action reports that come after a mass shooting are generally compiled by local law enforcement agencies or outside groups. The Justice Department conducted similar reviews after 14 people were killed in a terrorist attack in San Bernardino, California, in 2015 and after the mass shooting at the Pulse Nightclub in Orlando, Florida, the deadliest attack on the LGBTQ community in U.S. history, which left 49 people dead and 53 people wounded in 2016.

The Justice Department said the nine officials on the team in the Uvalde case had been selected for their expertise in law enforcement, emergency management, active shooter response, school safety and other areas. The team includes the former chief of the Sacramento, California, police department; a deputy chief who worked at Virginia Tech; the sheriff in Orange County, Florida; an FBI unit chief; and other officials.

Two weeks ago, the 19 students and two teachers were killed at Robb Elementary School. Law enforcement and state officials have struggled to present an accurate timeline and details, and they have stopped releasing information about the police response.

The 18-year-old suspect spent roughly 80 minutes inside Robb Elementary, and more than an hour passed from when the first officers followed him into the building to when he was killed, according to an official timeline. In the meantime, parents outside begged police to rush in, and panicked children called 911 from inside.

The review comes as state officials have already been examining the circumstances surrounding the shooting. 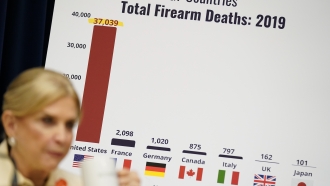 A spokesman for the Texas Department of Public Safety has said the school district police chief who served as on-site commander — and who officials have said made the decision not to breach a classroom sooner, believing it had shifted from an active shooting to a hostage situation — had stopped speaking with state investigators.

But the chief, Pete Arredondo, later told CNN that he was speaking regularly with Texas Department of Public Safety investigators. Texas officials have stopped answering questions about the response and haven't said whether Arredondo is now cooperating with them.

When asked what the Justice Department would do if someone refused to cooperate in the federal review, Garland said Justice officials "expect voluntary cooperation from everybody at every level, and we have been promised that cooperation."

Uvalde's mayor, Don McLaughlin, praised Garland for the "swift action" beginning the review and vowed the city would fully cooperate.

"This assessment and the findings are of the utmost importance to the victims and their families, the community of Uvalde, and the Country," McLaughlin said in a statement. "The city will fully cooperate with the Department of Justice and will assist with coordinating as necessary with other local entities as needed for this review."

The team includes: Rick Braziel, the former police chief in Sacramento; Gene Deisinger, who was a deputy chief at Virginia Tech; Frank Fernandez, who served as the director of public safety in Coral Gables, Florida; Albert Guarnieri, a unit chief at the FBI; Mark Lomax, who worked as a major with the Pennsylvania State Police; Laura McElroy, the CEO of McElroy Media Group; John Mina, the sheriff in Orange County, Florida; April Naturale, an assistant vice president at Vibrant Emotional Health; and Kristen Ziman, the former police chief in Aurora, Illinois.