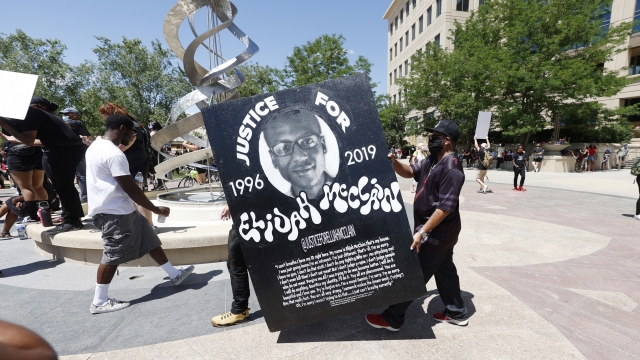 The Justice Department said it's been looking into the death of Elijah McClain — a Black man who died after being detained by police — for months.

The DOJ says it doesn't usually discuss ongoing investigations but the recent attention about McClain's case warrants disclosure of the probe. The review will determine whether the department would then open a federal civil rights investigation.

McClain was detained by police in Aurora, Colorado as he walked home from a convenience store. Police said they were called about a suspicious person. Police placed McClain into a choke hold and paramedics sedated him with ketamine. He died six days later.

McClain's family attorney says: "The Aurora Police Department has a long and sordid history of both brutality and racism, and a comprehensive civil rights investigation is long overdue."

The three officers involved were reassigned to "nonenforcement" duties. The DOJ said it's in the process of gathering more evidence from the police department.