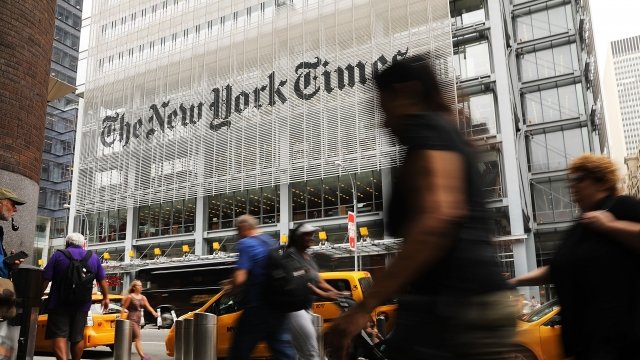 The New York Times says the Department of Justice seized one of its reporter's email and phone records as part of an investigation into government leaks.

The Times says the records go back several years. President Donald Trump has criticized the media for reporting with anonymous sources and even said it's possible some didn't exist. Attorney General Jeff Sessions has said he wants to go after leaks.

But this didn't start under the Trump administration. President Barack Obama's DOJ had a combative relationship with the press at times, opening numerous investigations into government leaks.

Regulations require that investigators take certain steps before acquiring reporters' records. And the Times notes that most often, the DOJ has to notify a reporter before records are obtained. The Times says the reporter in this case, Ali Watkins, was not notified before her records were gathered.