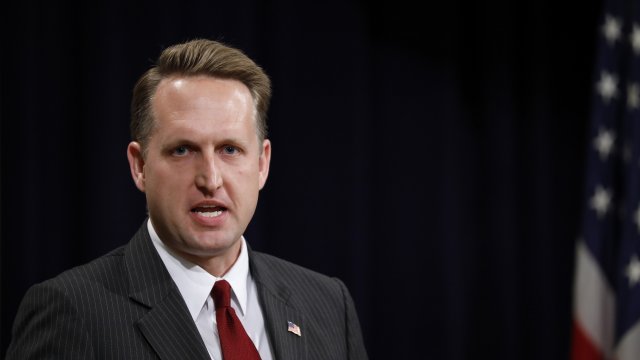 On Wednesday, the Justice Department told the House oversight committee it will not comply with a subpoena requesting the appearance of a DOJ official. The subpoena is part of a House probe into the addition of a citizenship question to the census.

In a letter sent to House oversight Chairman Elijah Cummings, the Justice Department argues that the official, John Gore, should be able to bring a DOJ attorney with him to the inquiry. Cummings has denied that request, citing committee rules.

The committee wants to ask Gore, who works in the DOJ's Civil Rights Division, about the decision to add a citizenship question to the 2020 census. His deposition was initially scheduled for Thursday.

This is the second time this week that the Trump administration has ignored a House subpoena, and President Trump has made it clear he does not want officials responding to congressional requests that he views as politically motivated.

"Well, we're fighting all the subpoenas. Look, these aren't, like, impartial people. The Democrats are trying to win 2020," the president said.

According to The Hill, Cummings called the DOJ's refusal to comply with the subpoena a part of a "massive, unprecedented, and growing pattern of obstruction."