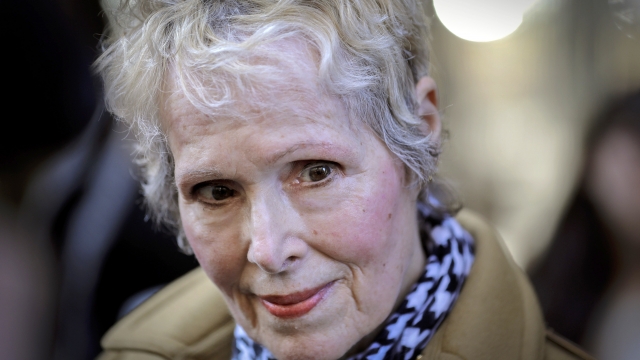 The U.S. Justice Department wants to take over President Donald Trump's defense in a defamation lawsuit.

The lawsuit was filed by E. Jean Carroll — one of more than a dozen to accuse the president of sexual assault. She says the president assaulted her in a department store dressing room in the 1990s. President Trump said he doesn't know her, despite a photo of them together in the 80's. Carroll sued over his denial last year.

The Justice Department says it should take over because the president's comments spurring the suit came while he was in office.

The move would switch the defendant in the case to the U.S., and shift the case to federal court. This means American taxpayers could be on the hook for any potential damages, not President Trump.

Carroll's lawyer responded, saying the president is using the power of the U.S. government to evade the consequences of his private conduct.