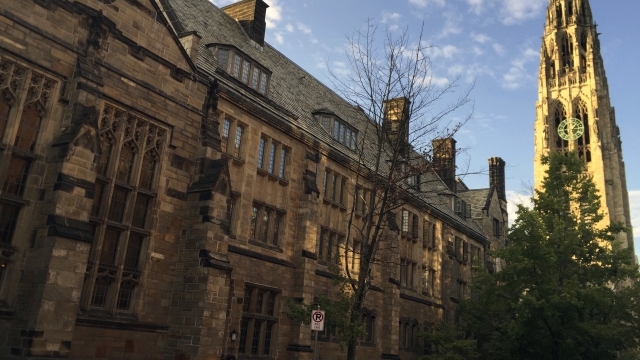 The lawsuit accuses school of factoring in race when deciding on potential students.

The Justice Department is suing Yale University over the school's admissions process.

The lawsuit accuses the school of factoring in race when deciding on a prospective student.

It comes nearly a month after the DOJ released the findings of a two-year investigation into Yale's undergraduate admissions process. The department says race is the determining factor in hundreds of admissions, concluding that Yale "rejects scores of Asian American and white applicants each year based on their race, whom it otherwise would admit."

Yale's president said the lawsuit had no base. He said the school is fair and lawful when it comes to admissions.