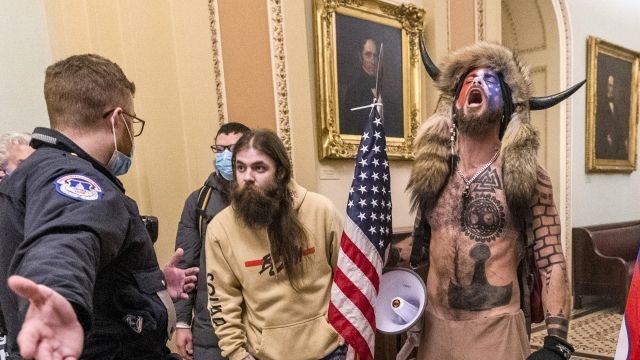 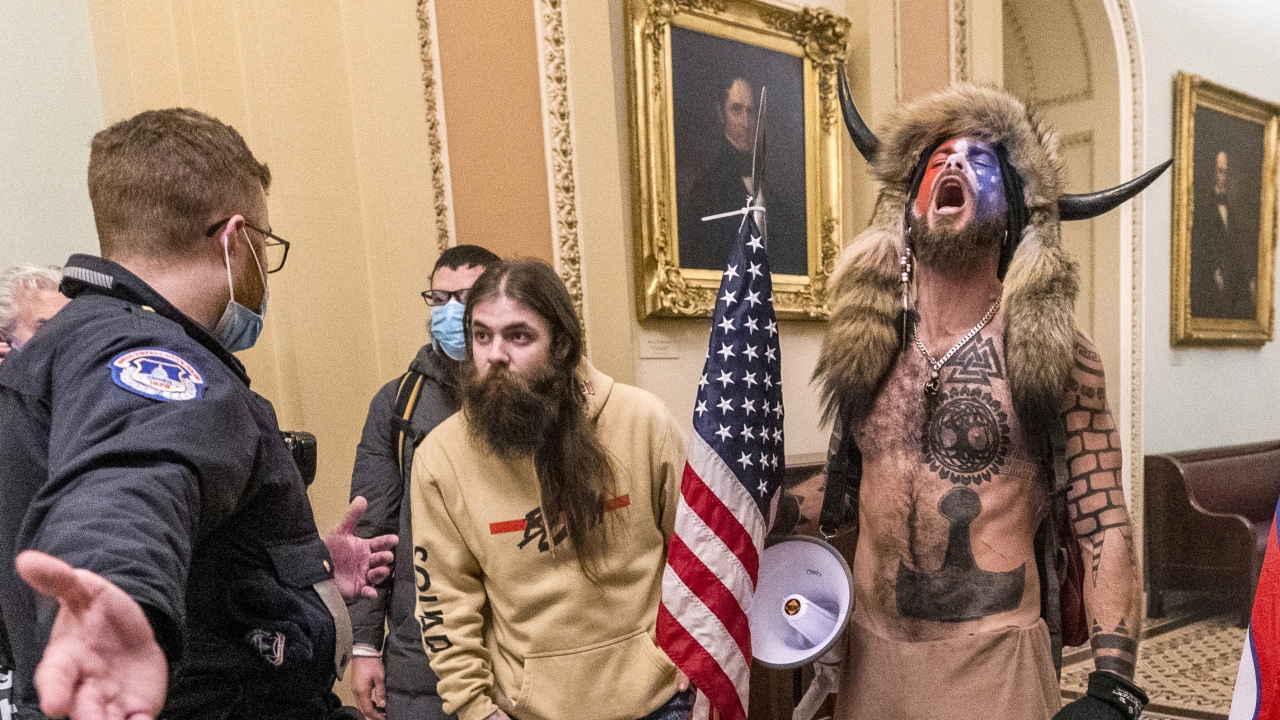 The shirtless rioter who called himself the “QAnon Shaman.” Jacob Chansley, who wore face paint and a furry hat with horns when he stormed the Capitol, became “the public face of the Capitol riot.” prosecutors said in a court filing late Tuesday.

They recommended a longer prison sentence, four years and three months, when the Arizona man is sentenced next Wednesday. 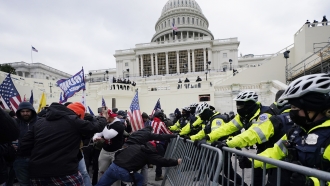 Prosecutors argue Chansley armed himself with a six-foot spear, used his bullhorn to rile up other rioters, spewed threats in the Senate gallery and left a threatening note for then-Vice President Mike Pence, they noted. Prosecutors want a prison sentence of more than four years.

Chansley, who pleaded guilty in September to felony obstruction of an official proceeding, has spent more than 300 days in jail. He is seeking a time-served sentence.

His lawyer compared Chansley to Forrest Gump, the movie character played by Tom Hanks, and claimed he was oblivious to much of what transpired at the Capitol. His attorney also said Chansley has longstanding mental health problems and suffered from being held in solitary confinement due to COVID-19 protocols.