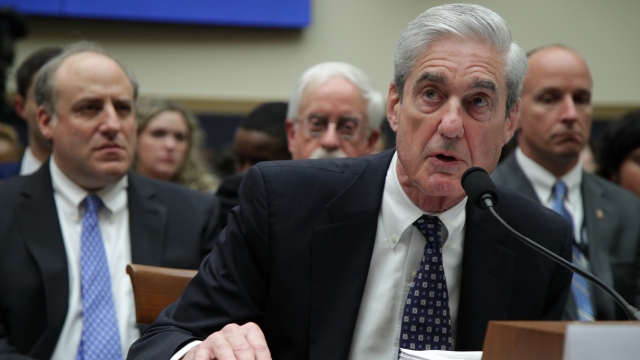 The Justice Department released hundreds of pages of interview summaries and emails Saturday after Buzzfeed News and CNN sued the government for secret Mueller report documents.

The outlets posted some of the documents online, and a lot was revealed. Here's a few things we've learned:

The documents showed that during the 2016 election, then-presidential-candidate Donald Trump and 2016 Trump campaign officials repeatedly discussed how to get a trove of Democratic emails allegedly passed along by the Russians for WikiLeaks to publish.

The documents also revealed that Trump campaign chairman Paul Manafort pushed a narrative that Ukraine was behind the 2015 and 2016 Democratic National Convention hack, not Russia. The unsubstantiated theory is part of what later triggered the impeachment inquiry. President Trump asked about the DNC servers in his call with Ukraine's president where he pushed for an investigation into former Vice President Joe Biden and his son.

"He's said it many times. It could be Russia. It could be Ukraine. It could be a guy in New Jersey," Conway told Bash. "The president has great faith in the US intelligence community. And let me just say this about those emails: They didn't matter."