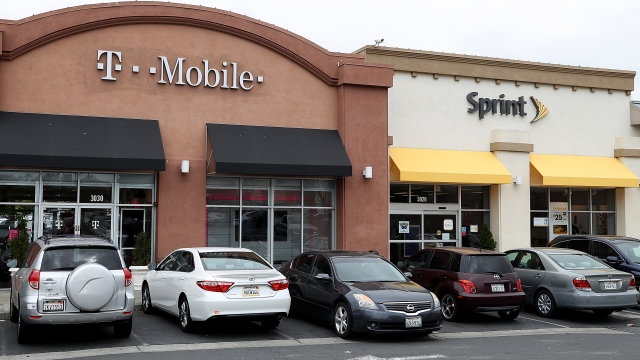 SMS
Justice Department Might Sue To Block Sprint, T-Mobile Merger
By LeeAnne Lowry
By LeeAnne Lowry
May 22, 2019
This comes in contrast to the FCC's recent comments about the merger.
SHOW TRANSCRIPT

T-Mobile and Sprint might hit a roadblock to getting their $26 billion merger officially approved.

Two agencies are reviewing the deal: the FCC and the Justice Department's antitrust division. An unnamed source told The Washington Post that the DOJ is considering filing a lawsuit to block the deal.

This comes in contrast to recent comments from the FCC. Chairman Ajit Pai said Monday he'd back the deal after the two companies agreed to some coverage recommendations from the agency.

In a statement, Pai said the deal would "speed up the deployment of 5G throughout the United States and bring much faster mobile broadband to rural Americans," which are two of the FCC's top priorities.

But DOJ antitrust division officials are skeptical. The Washington Post's source said consumers benefit from the competing companies because it forces the rivals to improve prices and services.

The Justice Department is expected to decide whether to rubber-stamp the Sprint-T-Mobile merger next month.