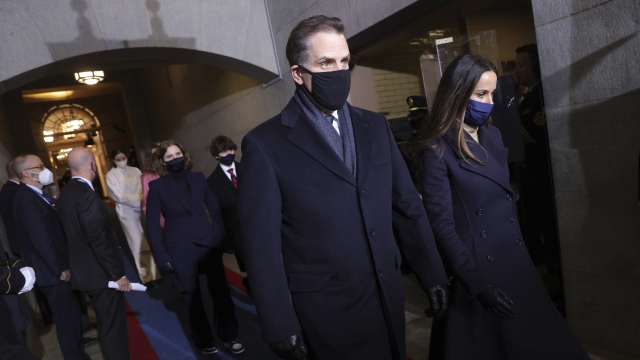 The Department of Justice is reportedly digging into Hunter Biden's business practices with a sweeping investigation ranging from his dealings with Chinese and Ukrainian businesses to his own taxes.

Grassley says the Senate has records that show the company paid not only Hunter Biden, but President Biden's brother James.

"Hunter Biden and James Biden served as the perfect vehicle by which the Chinese government could gain inroads here in the United States," Sen. Grassley said.

The question is whether foreign lobbying laws were broken by not registering under FARA, which is the law requiring U.S. citizens to disclose any work on behalf of foreign governments.

Former Prosecutor and Defense Attorney David Schwartz says if Hunter Biden was representing a foreign client as a lawyer, there may be an exception. But if he was doing anything else, the president's son could be in trouble.

"If Hunter Biden was trying to influence any policy of the United States, whether by public relations or government relations or conversations, that is a fileable act," he said. "We have to see what their activities were. What conversations did they have? The question always becomes, why did they hire Hunter in the first place?"

Hunter Biden was also retained by Ukrainian Energy Company, Burisma — a controversy bubbling during President Trump's first impeachment and then again, just days before the 2020 election.

The New York Times reports prosecutors have investigated payments and gifts Hunter Biden or associates had received from foreign interests.

He is also reportedly facing an investigation into unpaid taxes. Even if they have been paid back, Schwartz says that doesn't necessarily let him off the hook criminally.

"Number one, it could get you out of trouble, right? You paid it off, there is no tax liability. So, the matter is done," Schwartz said. "It could also be viewed from a criminal standpoint as consciousness of guilt, that once you found out that the government was investigating you for nonpayment of taxes, you ran and all of a sudden you paid off your taxes."

President Joe Biden said during the 2020 campaign that there was nothing unethical about his son's business dealings. A claim the administration continues to stand by.