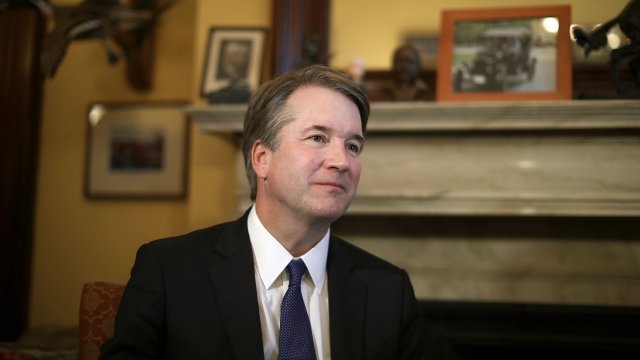 Rosenstein sent an email to all 93 U.S. attorneys asking each to send him names of up to three federal prosecutors to review records "for the next several weeks." That email was first reported by The New York Times.

Senate Democrats have already signaled they intend to go through Kavanaugh's history with a fine-toothed comb. That could bog down his confirmation. But the deputy AG's request could speed things up, and it has some worried about prosecutors getting involved in the political process of a confirmation hearing.

But Rosenstein said the team would be supervised by the DOJ's Office of Legal Policy, which the Times reports often assists with judicial nominations.

And the sheer amount of documents could also be behind Rosenstein's request. In addition to more than 300 judicial opinions he's written, Kavanaugh worked for the special counsel investigating then-President Bill Clinton and for President George W. Bush's administration. The Bush library identified more than a million documents relating to Kavanaugh's work, as well as hundreds of thousands of electronic files.