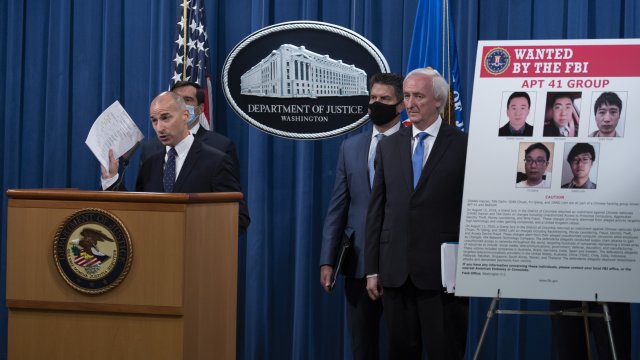 The U.S. has charged five Chinese citizens in a global hacking campaign.

The Justice Department said the hacks targeted more than 100 companies and institutions — including social media, video game, universities and telecommunication providers. The attacks were done for monetary gain and conventional espionage purposes. The department says it has found no link to the Chinese government.

The five suspects are at large, but prosecutors arrested two Malaysian businessmen connected to the hackers this week. Those two men are awaiting extradition proceedings.

Additional reporting by Eric Tucker of the Associated Press