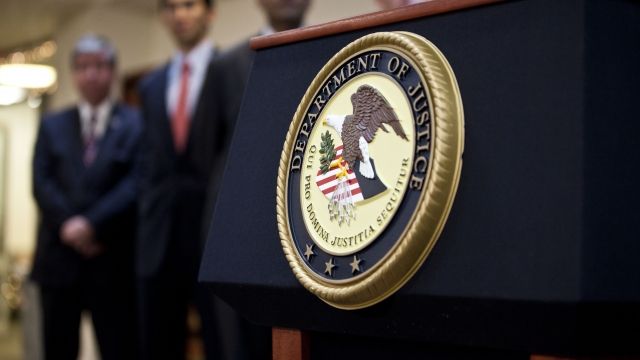 The Department of Justice has appointed a special counsel to take over its probe into Russian interference in the 2016 presidential election.

"What I have determined is that based upon the unique circumstances, the public interest requires me to place this investigation under the authority of a person who exercises a degree of independence from the normal chain of command," Rosenstein said in a statement.

Mueller served as FBI director for 12 years under both the Bush and Obama administrations. He previously served as U.S. attorney in San Francisco.

Both Democratic and Republican lawmakers have called for the appointment of a special counsel. Their calls only grew louder after President Trump fired FBI Director James Comey last week.

Attorney General Jeff Sessions said in March he would recuse himself from any investigations related to the 2016 presidential campaigns. His announcement came after he was blasted for failing to disclose a meeting he had during the presidential campaign with the Russian ambassador to the U.S.

Sessions' recusal left Rosenstein at the helm of the department's probe. But calls for Rosenstein to step aside and appoint a special counsel became amplified after the White House cited a memo Rosenstein wrote in its reasoning for firing Comey.

Rosenstein's announcement comes a day after The New York Times reported Comey had written a memo stating that Trump asked him to stop the investigation into former national security adviser Lt. Gen. Michael Flynn. Flynn has been under investigation for his ties to Russia.

In a statement, Trump said "a thorough investigation will confirm what we already know — there was no collusion between my campaign and any foreign entity. I look forward to this matter concluding quickly."