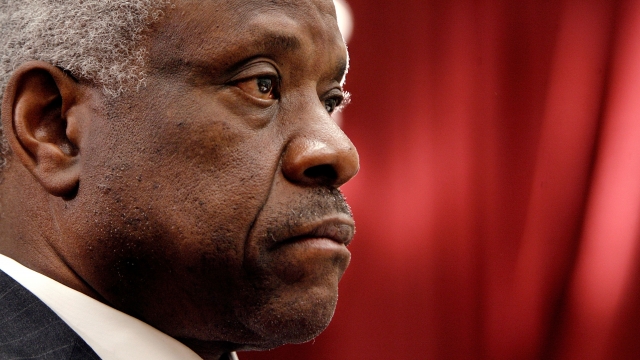 A case involving allegations of racial bias in the jury selection system prompted Supreme Court Justice Clarence Thomas to break his yearslong silence on the bench.

The case the Supreme Court was hearing Wednesday involves Curtis Flowers, a black man who was tried six times and ultimately convicted in the 1996 murders of four employees at a Mississippi furniture store. Flowers wants his conviction overturned, arguing the state prosecutor in each case engaged in racial discrimination when choosing jurors.

The Associated Press reported most of the justices seemed "troubled by [the prosecutor's] actions." Justice Elena Kagan said the difference in the number of questions the prosecutor asked black and white potential jurors was "staggering." Justice Samuel Alito said the prosecutor's history in the case was "unusual and really disturbing."

It was at the end of arguments that Justice Thomas finally spoke. He asked if Flowers' lawyer in those trials had also struck jurors and, if so, what their races were. One of Flowers' attorneys acknowledged that the defense excused three white jurors in those trials, but Justice Sonia Sotomayor noted that by that point, white jurors were the only ones left.

Despite it being more than three years since the last time Thomas uttered a word on the bench, it still doesn't hold a candle to his last verbal hiatus. When he asked a question during a case in 2016, it was his first in a decade.

The court will issue its ruling in the Flowers case in June.