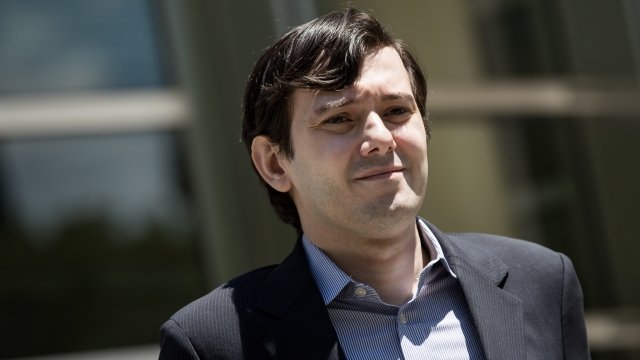 The FBI arrested Shkreli in December 2015 on multiple fraud-related charges. Officials accused him of running a Ponzi-like scheme where he founded new companies and used their assets to pay off debts from others he owned.

Shkreli pleaded not guilty to all eight counts. His criminal trial began in New York in June.

His defense team argued there are no victims in this case because all investors got their money back and some even made large profits.

Shkreli's team tried to get the entire case dismissed for "insufficient evidence." The judge denied the request.

The federal jury came to its conclusion after five days of deliberation. Shkreli will likely face years in prison once sentenced.

In 2015, Shkreli hiked the price of a lifesaving drug by 5,000 percent, which caused a massive public backlash. But that wasn't a factor in this trial.