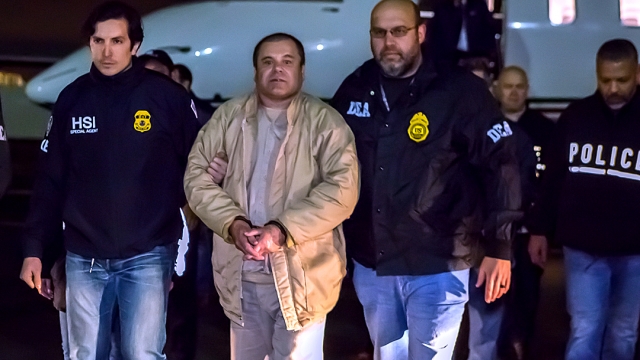 A jury in New York has found Joaquín Guzmán Loera, better known as "El Chapo," guilty on all charges.

Guzmán's sentencing is scheduled for June 25. Prosecutors say he'll likely face life in prison without the possibility of parole.

"This conviction is a victory for the American people who have suffered for so long and so much while Guzmán made billions pouring poison over our southern border," U.S. Attorney Richard Donoghue said.

Guzmán was extradited to the U.S. in 2016 and pleaded not guilty to all charges. Before his extradition, he escaped twice from maximum-security prisons in Mexico — once through a tunnel dug in his cell's shower.

The closely watched trial had what NBC News called "unprecedented security." It featured 56 prosecution witnesses and over 200 hours of testimony.