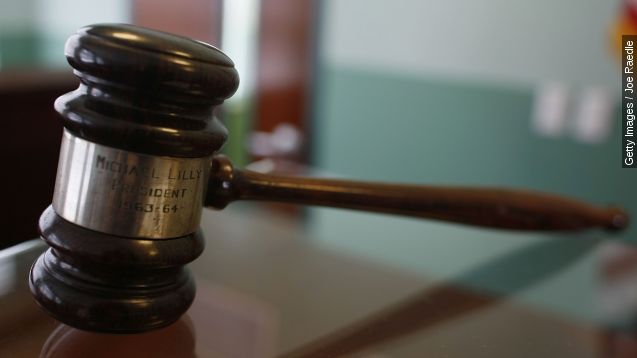 SMS
Jury Dismisses NY Woman's Lawsuit Against Nephew
By Katie Link
By Katie Link
October 13, 2015
A New York woman attempted to sue her 12-year-old nephew for jumping into her arms for a hug, causing her to break her arm.
SHOW TRANSCRIPT

It only took about 25 minutes for a jury to throw out this case — a 12-year-old boy was being sued by his aunt for giving her a hug that ended in an injury. People are pretty upset that the case made it as far as it did.

"When I heard this story I thought, 'This is outrageous AnneMarie,' but am I alone on this? Can she sue him?" Fox News' Gretchen Carlson asked.

"Well, unfortunately this is one of the problems with our legal system, you can sue," one guest replied.

"There are more, obviously more awful people in the world, but when you hear this you think this woman is the worst person in the entire world," Aisha Tyler said on "The Talk."

Jennifer Connell took her nephew to court because he allegedly jumped into her arms causing her to lose balance and fall and break her wrist.

She gave the boy a bike for his birthday. She testified, "I remember him shouting, 'Auntie Jen, I love you,' and there he was flying at me."

This happened about four years ago at his birthday party — the defendant is 12 years old now. Connell reportedly told the jury that the injury "turned her life upside down," citing difficulties living in her third-floor Manhattan apartment and holding a plate at a party.

Connell is the latest would-be plaintiff to draw public ire with a seemingly outlandish lawsuit. Remember when an L.A. woman sued McDonald's for an alleged hot coffee injury that turned out to be fake?

Or what about the woman who sued Walt Disney Corporation for $250 million claiming the movie "Frozen" was stolen from her life story? She had to learn to "let it go" for sure. (Video via Walt Disney Animation Studios)

Connell was seeking $127,000 from her nephew. There's no way his allowance would've been able to cover that.

This video includes an image from Regexman / CC BY 2.0.