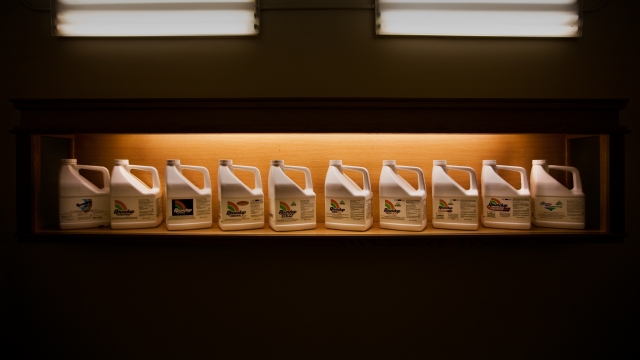 A federal jury in San Francisco found Tuesday that Bayer's herbicide Roundup caused a California man's cancer. But the trial's not over yet.

Starting Wednesday, the jury will hear evidence to decide separately whether Bayer should be held financially liable in the case.

The plaintiff said he started using Roundup on his property in the 1980s and was diagnosed with non-Hodgkin's lymphoma in 2015.

According to the New York Times, his legal team will now argue that the agricultural giant's Monsanto unit downplayed the product's health risks. They're seeking compensation for their client's medical bills and other damages.

In a statement, Bayer said it's "disappointed" with the jury's initial conclusion but is "confident the evidence in phase two will show that Monsanto's conduct has been appropriate."

It's not the first time a case like this has made it to court. Last year, a California jury found that Roundup contributed to another man's terminal cancer in a multi-million-dollar state trial verdict.

The weed killer is sold around the world and is widely used in the U.S. Federal regulators say the product's ingredient is safe for people to use under the label's directions. World Health Organization researchers have called it a probable human carcinogen, but they got some backlash over that claim.

The legal battles aren't over for Bayer, which purchased Monsanto in 2018 for more than $60 billion. Thousands of similar state and federal cases are still awaiting trial.

Experts say this verdict will set a legal precedent, but Bayer said it denies that the case will have an impact on future litigation.