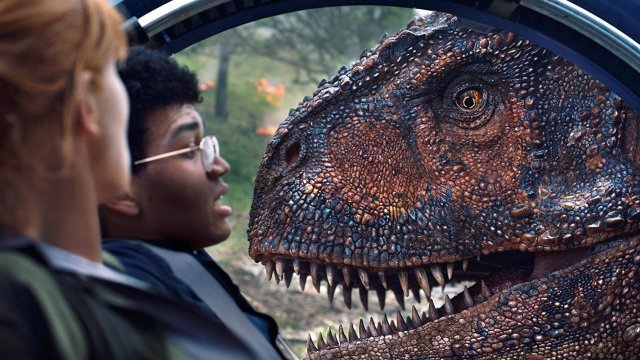 "Jurassic World," which was the first "Jurassic Park" movie in 14 years, made more than $200 million in its debut weekend and went on to be the fifth highest-grossing film of all time. "Fallen Kingdom" doesn't appear to be destined for that kind of box-office run in domestic theaters.

Fortunately for the folks at Universal Pictures, it seems China's moviegoers love dinosaurs and quippy Chris Pratt even more than we do.

"Fallen Kingdom" has made more than $177 million at the Chinese box office alone, helping to push the worldwide box-office total past $711 million.

With such a strong showing overseas, there's no reason to believe this latest trip to the T. rex-infested park won't also cross the $1 billion mark eventually.

Since "Jurassic Park" first premiered in the summer of 1993, the franchise has raked in more than $4 billion in worldwide ticket sales.

But all that money doesn't stop the movie critics from doing their thing.

"Fallen Kingdom" carries a 50 percent on the Tomatometer, which is a bit lower than "Jurassic World" in 2015 but right in line with the other "Jurassic Park" sequels.

Falling to No. 2 this week is "Incredibles 2," bringing in an estimated $81 million in its second week out and pushing its worldwide total past $485 million.

And last but not least is "Ocean's 8," bringing in an estimated $11.6 million in its third week out.

As for next week, with a movie like this, we can only be sure of two things: The wigs will be bad, and the acting will be worse.